Get the three iconic games at a 40% launch discount today 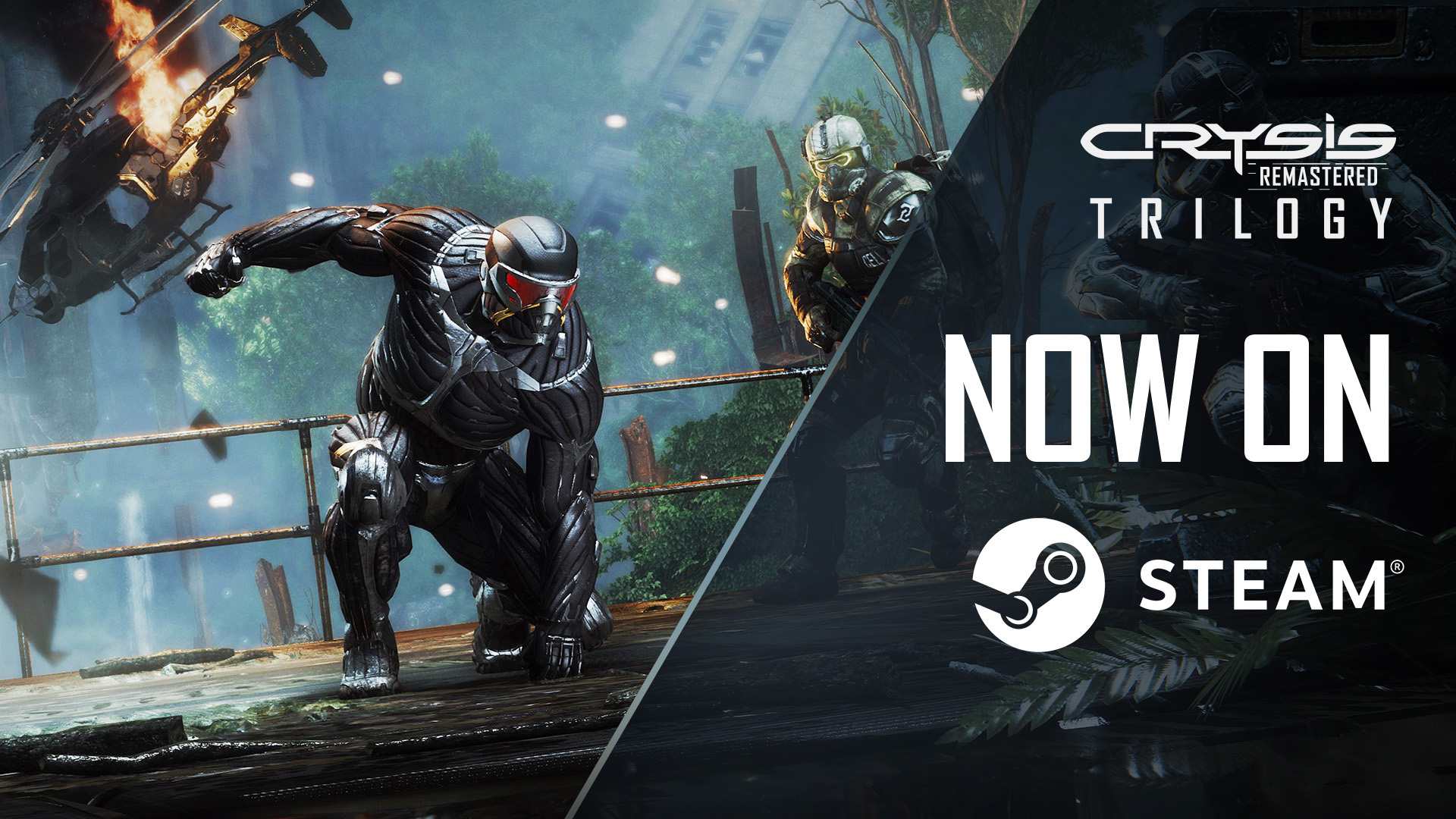 Frankfurt (Germany), 17th November, 2022 – Crysis Remastered Trilogy, featuring the single-player remasters of Crysis, Crysis 2, and Crysis 3, are out now on Steam. Players can get the Trilogy at 40% off for the next 7 days (USD 29.99/ EUR 29.99- permanent price after will be USD 49.99/ EUR 49.99). Additionally if fans already own the first Crysis Remastered, which launched on Steam last year, then they can get a total of 55% off the Trilogy bundle.

The action packed 3-in-1 bundle comes with Ray Tracing, significant performance gains, visually enhanced characters & weapons and high-definition textures meaning crystal clear imagery. Players can choose to lock in their frame rate or choose maximum settings and push their PC to its limits.

A simple rescue mission turns into an all-out war as alien invaders swarm over the Lingshan Islands. Playing as super-soldier Nomad, you are armed with a powerful Nanosuit equipped with Speed, Strength, Armor, and Cloaking abilities. Use a vast arsenal of modular weaponry and adapt your tactics and gear to dominate enemies in an enormous sandbox world.

Aliens have returned to a world ravaged by climate disasters. As the invaders lay waste to New York and begin an assault that threatens the total annihilation of humankind, only you have the technology to lead the fightback. Equipped with the upgraded Nanosuit 2.0, customize your suit and weapons in real-time and unlock powerful abilities in the battle for humanity's survival.

New York City has been transformed into a sprawling urban rainforest sheltered by a giant nanodome. Fight through seven distinct districts against human and alien forces, using the Nanosuit's superior technology to deploy brute force or opt for stealth to achieve your goals. Equipped with a deadly Predator Bow, there's no wrong way to save the world.

Crysis Remastered Trilogy and the individual remasters are available now for PlayStation 4 and PlayStation 5 from the PlayStation Store, Xbox One and Xbox Series X|S from the Microsoft Store, and PC from the Epic Games Store, and now Steam.

Crytek is an independent videogame developer, publisher, and technology provider dedicated to pushing the boundaries of gaming with its cutting-edge 3D game development solution, CRYENGINE. With headquarters in Frankfurt am Main (Germany) and studios in Kiev (Ukraine), and Istanbul (Turkey), Crytek has created multiple award-winning titles, including the original Far Cry, the Crysis series, Ryse: Son of Rome, The Climb, Robinson: The Journey and Hunt: Showdown. Crytek delivers fun and innovative gaming experiences for PC, consoles, and VR and continues to grow its reach in the games-as-a-service market. Every Crytek game is created with CRYENGINE, which can be used by anyone to create games.