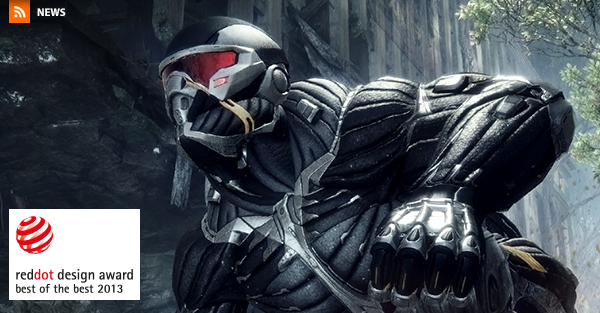 Get it now
Crysis 3 has won the Red Dot Design Award as “Best of the Best” in the category Communication Design – Game Design – Visuals.

“Best of the Best” title for Crytek’s visually stunning shooter

Crysis 3 was released in February 2013 as the latest installment in Crytek’s groundbreaking Crysis series. The game received international recognition for its innovative and spectacular visuals, supported by the company’s proprietary CryENGINE®3 – the foundation underpinning the varied gameplay experience inherent to the Crysis series.

The Red Dot Design award has been running since 1955, and attracts thousands of entries from businesses across the world. It comprises three categories, namely Product Design, Design Concept, and Communication Design. The award ceremony is hosted annually by the Design Center Nordrhein Westfalen (Germany) and is geared to all creative minds, from freelancers to major companies. The final award winners are determined by an elite panel of design experts.

The award adds to Crytek’s and the Crysis series’ excellent design achievements and follows on from a previous Red Dot win in 2010, when the Nanosuit from the Crysis games was recognized for design excellence. Crysis 3 was recently also the winner of a Develop Award for best Visual Arts.