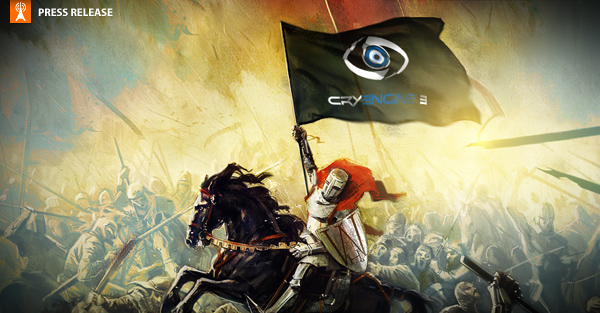 Crytek GmbH (Crytek) and Warhorse Studios are happy to announce that they have closed a licensing deal for Crytek’s proprietary all-in-one game development solution CryENGINE®3.

Crytek GmbH (Crytek) and Warhorse Studios are happy to announce that they have closed a licensing deal for Crytek’s proprietary all-in-one game development solution CryENGINE®3. Warhorse Studios is working on an unannounced role-playing game (RPG). The debut title for the studio will combine open-world experience with a rich story and innovative gameplay elements.

Martin Klima, Executive Producer at Warhorse Studios commented: “We looked at every major technology out there and CryENGINE 3 suits our needs perfectly. We are confident it will allow us to make the vision for our game come true.”

“The team at Warhorse Studios consists of industry veterans from AAA classics such as the Mafia franchise and Operation Flashpoint. We’re excited by their vision for an innovative RPG and we are looking forward to working with them to help them achieve that vision with CryENGINE 3.”, said Carl Jones, Director of Global Business Development CryENGINE.

Founded in fall 2011, Warhorse Studios was formed by videogame industry veterans with a vision for better, more productive environment for game development. The studio is currently working on its first project.  Warhorse Studios is based in Prague, Czech Republic. More information can be found on the company website at http://www.warhorsestudios.cz.

Crytek GmbH ("Crytek") is one of the world’s leading independent development studios for interactive entertainment. It is based in Frankfurt am Main (Germany) and has additional studios in Kiev (Ukraine), Budapest (Hungary), Sofia (Bulgaria), Seoul (South Korea) and Nottingham (UK).Crytek is dedicated to creating exceptionally high-quality video games for next-generation consoles and PC, powered by their proprietary cutting-edge 3D-Game-Technology, CryENGINE®.

Crytek, Crysis and CryENGINE are registered trademarks or trademarks of Crytek GmbH in the USA, Germany and/or other countries. All other trademarks are the property of their respective owners.