THQ AND CRYTEK COLLABORATE TO DEVELOP NEXT HOMEFRONT TITLE 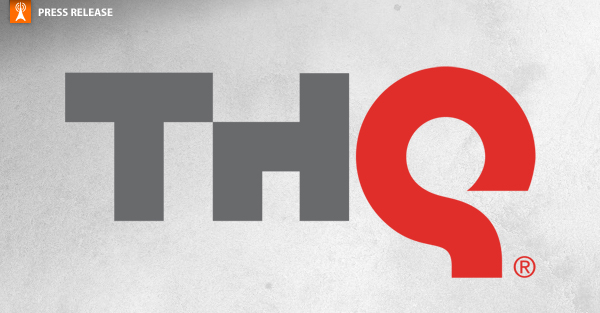 THQ Inc., (NASDAQ: THQI) today announced that the next title in its Homefront® franchise will be developed by multi-award winning FPS veterans Crytek.

THQ Inc., (NASDAQ: THQI) today announced that the next title in its Homefront® franchise will be developed by multi-award winning FPS veterans Crytek.

“Homefront’s unique setting and storyline captivated gamers the world over. With Crytek’s industry leading technology and legendary experience in the FPS genre, we’re supremely confident that the next Homefront will deliver that AAA-quality experience that players demand.”

“We see Homefront as a really strong universe that has a lot of potential and that has been expertly created and marketed by THQ,” said Cevat Yerli, Founder, CEO and President of Crytek.  “We believe that bringing our level of quality, creativity and production values to the next Homefront title, creates an opportunity for both THQ and Crytek to deliver a truly blockbuster game.  It’s really important to us that THQ has the faith in giving us a lot of creative freedom over one of its most important properties to allow us to bring the Homefront world to life in a new and innovative way.”

The first Homefront title was released in March 2011, and proved to be a commercial success for THQ. The yet to be named sequel is scheduled for release in THQ’s fiscal year 2014 on console and PC platforms.

The year is 2027. The world as we know it is unraveling after fifteen years of economic meltdown and widespread global conflict over dwindling natural resources.

A once proud America has fallen, her infrastructure shattered and military in disarray. Crippled by a devastating EMP strike the USA is powerless to resist the ever expanding occupation of a savage, nuclear armed Greater Korean Republic.

Abandoned by her former allies, the United States is a bleak landscape of walled towns and abandoned suburbs.  This is a police state where high school stadiums have become detention centers, and shopping malls shelter armored attack vehicles. A once-free people are now prisoners … or collaborators … or revolutionaries.

Meanwhile, the splintered nations of Europe struggle to maintain peace at home, as the global economy continues its downward spiral, and civil order disintegrates. The world is teetering on the brink of ruin …

THQ Inc. (NASDAQ: THQI) is a leading worldwide developer and publisher of interactive entertainment software. The company develops its products for all popular game systems, personal computers and wireless devices and the internet. Headquartered in Los Angeles County, California, THQ sells product through its global network of offices located throughout North America, Europe and Asia Pacific. More information about THQ and its products may be found at www.thq.com. THQ, Homefront, Kaos Studios and their respective logos are trademarks and/or registered trademarks of THQ Inc.

The statements contained in this press release that are not historical facts may be “forward-looking statements” within the meaning of the Private Securities Litigation Reform Act of 1995.  These forward-looking statements are based on current expectations, estimates and projections about the business of THQ Inc. and its subsidiaries (collectively referred to as “THQ”), including, but not limited to, expectations and projections related to the development of a sequel to Homefront, and are based upon management’s current beliefs and certain assumptions made by management.  Such forward-looking statements are subject to risks and uncertainties that could cause actual results to differ materially from those expressed or implied by such forward-looking statements, including, but not limited to, business, competitive, economic, legal, political and technological factors affecting our industry, operations, markets, products or pricing.  Readers should carefully review the risk factors and the information that could materially affect THQ’s financial results, described in other documents that THQ files from time to time with the Securities and Exchange Commission, including its Annual Report on Form 10-K for the fiscal period ended March 31, 2011, and subsequent Quarterly Reports on Form 10-Q, and particularly the discussion of trends and risk factors set forth therein.  Unless otherwise required by law, THQ disclaims any obligation to update its view on any such risks or uncertainties or to revise or publicly release the results of any revision to these forward-looking statements.  Readers are cautioned not to place undue reliance on these forward-looking statements, which speak only as of the date of this press release.