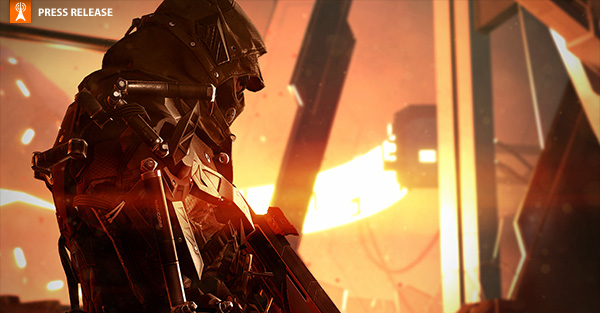 Operation Earth Shaker invites players to join forces and ascend through an enemy base constructed inside a cavernous volcano. As they progress, Warface operatives will face new trials at every turn, including a hailstorm of incoming fire from the advanced gun turrets that guard the facility.

Each of the five turret types poses a unique strategic threat that can only be neutralized with tactical teamwork. Alongside the turrets, enemy personnel wielding heavy duty weapons add another explosive element to contend with – ensuring players have to be at the top of their game to clear one secured area and move on to the next.

Those who survive to see the base’s uppermost level will soon discover that they’ve stepped out of the frying pan and into the fire as they encounter a deadly new boss. This final layer of high-tech security proves Blackwood will stop at nothing to protect – and eventually detonate – the giant Seismic Activity Generator housed within the volcano.

Operation Earth Shaker is the latest Co-op Special Operations mission to be added to Warface, following on from the popular Cyber Horde and Tower Raid challenges. Its arrival comes hot on the heels of a raft of new content added to the game in a winter update.

Watch the new trailer for Operation Earth Shaker now at www.youtube.com/warfacegame and sign up to play Warface for free at www.warface.com.

About Warface
Warface is a team-based shooter loaded with cooperative and competitive action, stacks of game modes and a wealth of weapons for players to get their hands on. Gamers can choose to play as Riflemen, Medics, Snipers or Engineers as they work together and attempt to uproot the Blackwood military faction in Co-op play, or choose their side and lock horns with fellow players in PVP battles. Download the game from warface.com or via Steam today —completely for free.

About Crytek
Crytek is an independent videogame developer, publisher and technology provider with headquarters in Frankfurt am Main (Germany) and seven other studios around the world. Established in 1999, Crytek has created multiple award-winning titles, including the original Far Cry, the Crysis series, Ryse: Son of Rome and Warface. All of Crytek's games are developed using CRYENGINE, the company's cutting-edge 3D game technology, which is also the first choice of other leading developers and licensees when creating games for PC, Xbox One, PlayStation®4, and Android. Crytek's ongoing growth in the games-as-a-service market has extended the company's reach as they continue to deliver top quality interactive experiences to players through self-publishing platforms online.
For more information visit www.crytek.com and www.cryengine.com.