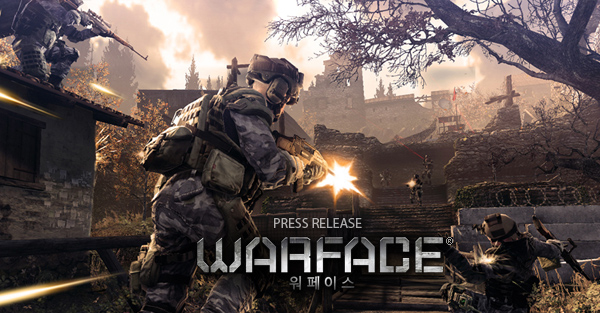 Crytek today revealed  details about its first online FPS Warface and released first images. The military shooter in its near future setting offers a cinematic experience with next gen visuals, AI and physics based on Crytek’s proprietary CryENGINE® 3 game development solution. Warface provides gamers with a constantly updated extensive PVE universe full of dramatic multiplayer co-op missions, a full set of class based PVP and will be available for PC. This new Crytek IP is especially dedicated to the Korean and other Asian markets and is co-produced by Crytek Seoul. Warface is supported by a free-to-play business model.

“Our passion is to always deliver the best gaming experience possible. That’s why we opened our Crytek Seoul office in 2008 which today enables us to offer a game that is tailored to suit its market.    We’re excited to debut with Warface in South Korea and to deliver a compelling and truly unique experience soon.” said Cevat Yerli, CEO & President of Crytek.

“Crytek’s proven pedigree with its multi-award winning AAA FPS games combined with our own cutting-edge technology CryENGINE® 3 and our dedicated team of experts makes us confident Warface will revolutionize the genre and become the next generation in online FPS.” added Yohan Kim, Managing Director of Crytek Seoul.

Crytek, Crysis, Crysis Warhead, Warface, CryENGINE, Sandbox and LiveCreate are registered trademarks or trademarks of Crytek GmbH in the USA, Germany and/or other countries.