Crytek Continues to Expand with the Arrival of Crytek Istanbul 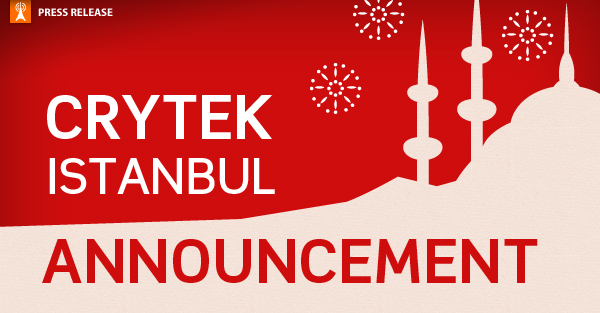 Crytek GmbH today announced the official opening of Crytek Istanbul, the eighth addition to their worldwide family of studios. The official launch of Crytek Istanbul took place at the city’s ??ra?an Palace, with Turkey’s Minister of Science, Industry and Technology, Nihat Erg?n, in attendence to welcome the announcement.

Crytek GmbH today announced the official opening of Crytek Istanbul, the eighth addition to their worldwide family of studios. The official launch of Crytek Istanbul took place at the city’s ??ra?an Palace, with Turkey’s Minister of Science, Industry and Technology, Nihat Erg?n, in attendence to welcome the announcement.

Supporting the growth of Crytek’s free-to-play business, Crytek Istanbul will focus their energy on Crytek’s Warface and GFACE brands, as well as overseeing the growth of the CryENGINE® business in Turkey, and the MENA (Middle East and North Africa) region.

Cevat Yerli, CEO of Crytek GmbH, expressed his excitement at the unveiling of the new office. “Crytek Istanbul not only opens the door to further growth, it represents reinvestment in a country that has special bonds for us as a company. We have had ambitions and aspirations to invest in Turkey for a long time and believe the moment is now right to bring those plans to fruition. From day one, we will work hard to make a positive impact in Turkey and further solidify Crytek’s reputation for quality and innovation.”

Serhat Bekdemir, Managing Director of Crytek Istanbul, highlighted Turkey’s rich potential. “Crytek’s decision to establish a permanent base in Turkey underscores the company’s commitment to leading the way into promising new territories. As a growing video game market, Turkey is the perfect place for Crytek to expand its profile and establish bonds with a whole new set of enthusiastic players, developers and business partners.”

The studio’s arrival also marks a return to the roots of Avni, Cevat and Faruk Yerli; the three Turkish brothers who founded Crytek in 1999.