Crytek Announces the Arrival of the New CRYENGINE® 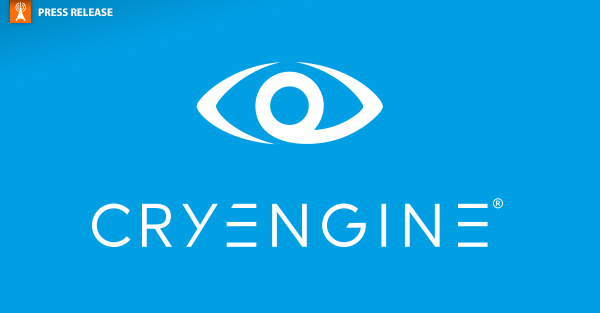 Crytek have ushered in a new era for their state-of-the-art CRYENGINE technology, with the launch of the new CRYENGINE; an ever-evolving technology service, with always up to date access to the latest features in CRYENGINE for commercial game licensees.

Frankfurt am Main (Germany) August 21, 2013 – Crytek have ushered in a new era for their state-of-the-art CRYENGINE  technology, with  the launch of the new CRYENGINE; an ever-evolving technology service, with always up to date access to the latest features in CRYENGINE for commercial game licensees.

CRYENGINE users will also benefit from the coming together of Crytek’s Engine Licensing and Research & Development teams; a move designed to double the level of one-to-one care game licensees can tap into, in essence offering Crytek’s R&D as a service for developers using the new CRYENGINE.

On top of these changes, the new CRYENGINE supports development on current and next generation consoles (Xbox One, PlayStation®4, and Wii U™), alongside PC, with further platforms to be added in the near future.

In line with the new services, the all-in-one development solution will no longer be identified by version numbers; reflecting the fact that constant updates and upgrades are always being applied to keep CRYENGINE at the forefront of its field.

Areil Cai, Director of Business Development – CRYENGINE said: "Supplying an engine is not about delivering a static piece of software. It’s about Crytek being an R&D team for our game licensees; providing the latest, greatest technology we can, all the time. As an industry, we’re all looking to deliver games as a service now – and we feel the same approach can be taken with game engines. Today's announcement reflects this progress, as well as our ongoing commitment to making sure CRYENGINE® licensees always stay well ahead of the game."

Also commenting on Crytek's announcement, Carl Jones, Business Development Director at Crytek, said: "Since CryENGINE 3 was launched in 2009, we've dramatically changed the engine so many times, with so many major new features, it’s not the same engine anymore.  We have revolutionised many parts of the engine: we have overhauled our entire lighting system, built movie quality character rendering and animation solutions, vastly improved the speed and effectiveness of our Sandbox editor, and even our rendering has changed with tessellation, pixel accurate displacement mapping and now physical based rendering; all of this while maintaining our first principal: that making games should be real-time, all the time. CRYENGINE is a new engine from Crytek – and it always will be!”

This week also sees a major update to Crytek's free CRYENGINE® SDK; granting non-commercial users access to a raft of the new features that recently helped to make Crysis 3 a visual benchmark for gaming. It is two years since the launch of the free CRYENGINE® SDK. In that time, the engine has been downloaded over five million times and is used for non-commercial projects every day by a constantly growing community and more than 400 universities. The update to the free SDK will take user feedback on board and remove some restrictions, which prevented users from working offline.

These changes to the CRYENGINE service are being marked with a new website which can be seen at www.cryengine.com, and a new tech trailer that you can watch below. Over time, the site will grow to offer new options for game developers, and will ultimately become the central hub for all official CRYENGINE content online. 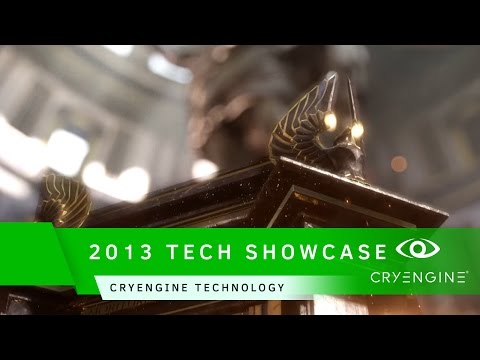 Crytek GmbH (“Crytek”) is an independent company at the forefront of the interactive entertainment industry, and is dedicated to pushing the boundaries of gaming by creating standout experiences for Xbox 360, PlayStation®3, PC, mobile devices and games-as-service using their cutting-edge 3D-Game-Technology, CRYENGINE®.