Crytek announces its CRYENGINE-as-a-Service Program for 9.90 USD per month 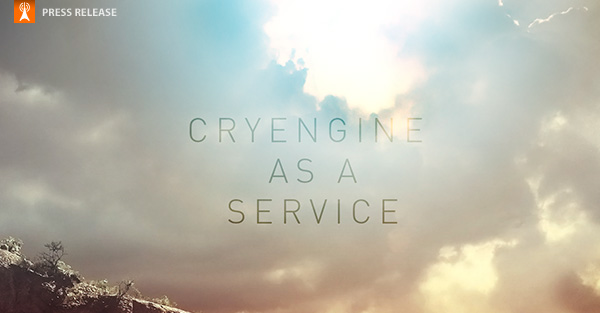 CRYENGINE gives users access to the same award-winning toolset that was used to create Crytek's Ryse: Son of Rome, and equips them to develop outstanding games across all of today's leading platforms.

As a first tier of its new program, Crytek has revealed that from May this year, indie developers will be able to use all of CRYENGINE's cutting-edge features for a monthly subscription fee of 9,90 USD/EUR per user - royalty free. Those features include the recently announced addition of CRYENGINE features such as Physically Based Shading, Geometry Cache and  Image Based Lighting - an upgrade already shown in action by Crytek at this year's GDC conference in San Francisco.

More details about the game-changing opportunities on offer to developers as part of the program will be announced in the near future. The CRYENGINE free SDK will continue to be available under its current terms but developers wanting to take advantage of the new features of CRYENGINE will need to subscribe to the new EaaS-Program.

Crytek's Director of Business Development , Carl Jones, said: "When we announced the new CRYENGINE this was our first step towards creating an engine as a service. We are happy to announce now that the latest update of CRYENGINE will soon be available to all developers on a subscription basis. We are really excited to make CRYENGINE available to hundreds of thousands of developers working with Crytek to make awesome games.”

The launch of the CRYENGINE as-a-service program expands Crytek's online service portfolio, continuing on from their step into self-publishing with free-to-play online FPS, Warface.