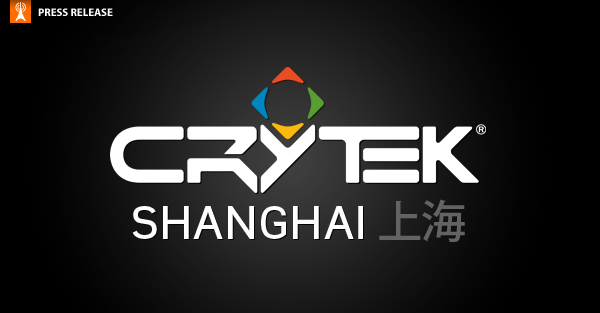 Further strengthening their links to the Asian market, Crytek GmbH today announced the addition of Crytek Shanghai Software Co. Ltd to their family of studios worldwide.

Further strengthening their links to the Asian market, Crytek GmbH today announced the addition of Crytek Shanghai Software Co. Ltd to their family of studios worldwide.

“A permanent presence in Shanghai paves the way for an even closer working relationship with partners across China,” said Areil Cai, General Manager  of Crytek Shanghai Software Co. Ltd. “As well as being more sensitive to the needs of the Chinese market – so that we  can be on hand to provide the best possible local-language support and even add more tech features for existing CryENGINE® licensees – we will also be well placed to engage with new partners and build strong relationships for the future.”

Managing Director at Crytek, Avni Yerli, added: “We see a lot of potential in the Chinese market, and have learned a lot from the close relationship with our eight existing Chinese

Licensees, whose backgrounds range from game development to architecture visualization, and interactive exhibition to serious simulation. The formation of Crytek Shanghai builds on the base we first established in Asia with Crytek Seoul, and offers invaluable strategic opportunities as we continue to expand our reach into the World’s largest market.”

Since its foundation in 1999, Crytek has consistently been recognized for excellence in its field, earning accolades such as the 2011 Develop Award for Best Independent Studio and a 2010 Red Dot Design Award. Its multi-award winning games include Far Cry®, Crysis® (awarded best PC Game of E3 2007 and Best Technology at the 2008 Game Developers Choice Awards), Crysis Warhead® (awarded Best Graphics Technology at IGN Best of 2008 Awards) and Crysis® 2 (awarded Best Shooter of E3 2010 and Gamescom 2010).For more information, please visit www.crytek.com.