Crytek's Back To Dinosaur Island Available For Free Today 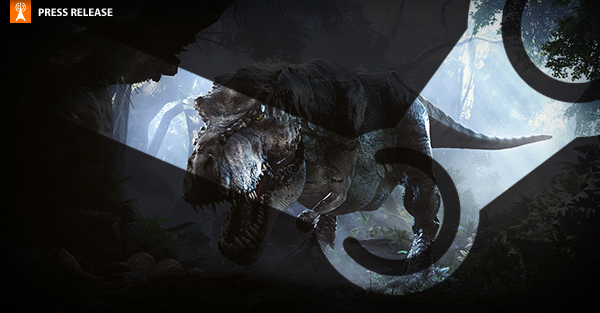 Available for download today, Crytek has released virtual reality tech demo Back to Dinosaur Island for free. Achieved with CRYENGINE, Back to Dinosaur Island debuted publicly at GDC 2015 in San Francisco, earning widespread acclaim from press and attendees, and this is the first time players can experience it for themselves outside of a games industry event.

In Back to Dinosaur Island, players become the eyes and ears of a baby dinosaur in a nest. Surrounded by dinosaur eggs, players are immersed in a beautifully rendered 3D jungle environment filled with lush vegetation and buzzing with life. Players interact with elements around them, including the eggs, a dragon fly and finally, will come face-to-face with an enormous dinosaur, experiencing a sense of scale and awe in a way that can only be achieved with virtual reality.

Crytek’s Director of Production, David Bowman, said: “Back to Dinosaur Island shows how intense, involving and rich virtual reality can be. Players will see a powerful dinosaur breathing inches from their face, getting an unprecedented sense of its immense scale. To watch this scene in 2D is impressive, but when you’re in virtual reality, it becomes more intimate, and more exciting – giving you a feeling of presence and a belief that you’re really right there in a way that no other medium can.”

A video which gives a flavor of the experience players will enjoy in Back to Dinosaur Island is available at https://youtu.be/-qopI4SulZw. Today’s release of Back to Dinosaur Island is compatible with Oculus Rift Development Kit 2 models and later. Gamers can stay up to date with Crytek’s on-going virtual reality projects by visiting www.crytek.com and www.cryengine.com.