CRYENGINE Now Available on Steam for Just 9.90 USD/EUR per Month 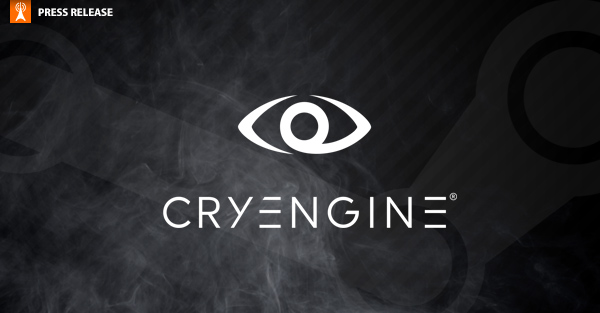 Crytek's award-winning CRYENGINE software launched exclusively on the Steam Store today, enabling developers everywhere to gain royalty-free access to all of its groundbreaking features on a subscription basis.

Crytek's award-winning CRYENGINE software launched exclusively on the Steam Store today, enabling developers everywhere to gain royalty-free access to all of its groundbreaking features on a subscription basis.

As part of their new Engine-as-a-Service program, Crytek have made CRYENGINE available to the Steam community of gamers and developers for a low monthly payment of 9.90 USD/EUR. The subscription includes full use of the engine for PC, and ensures developers never have to pay royalties for the games they create.

Crytek's Director of Business Development, Carl Jones, said: "We wanted to ensure that when we released CRYENGINE to subscribers, it would be in the best place to address today’s indie gamers and developers.  Steam is the best place right now for developers to create their games, show them to a huge community and even release them directly to market – it fits our philosophy for Engine as a Service perfectly. Today's announcement means we are adding the first complete game development engine to Steam, with access to enough source code to allow the creation of any kind of PC game. We’re also giving indie developers state-of-the-art tools that live within the same eco-system that they can choose to publish their games. By ruling out royalties we are aiming to make CRYENGINE the best choice for everyone, and hope its arrival on Steam will empower developers of all sizes to achieve their creative visions."

Doug Lombardi, Vice President of Marketing at Valve, said: “The power of CRYENGINE combined with our publishing services, the Steam community and Steam Workshop will make it easier and more effective than ever to develop and publish games online. The engine's availability through our store is a significant addition that we expect will be embraced and put to excellent use by the many talented developers who use Steam."

Subscribers can count on having the latest version of CRYENGINE to work with at all times, as continuous updates keep the newest features coming.

Among the industry-leading tools and features at the fingertips of CRYENGINE users are the powerful renderer behind Crytek's Xbox One launch title "Ryse: Son of Rome", C++ and LUA API interfaces, and demo levels and assets for different types of games. Developers also gain access to extensive documentation, such as programming API references and multiple tutorials by talented CRYENGINE professionals, as well as becoming part of a CRYENGINE community full of dedicated experts.

Subscribe for access to CRYENGINE today at http://store.steampowered.com/app/220980/, or find out more about all Crytek's technology has to offer at www.cryengine.com.

Valve is an entertainment software and technology company founded in 1996. In addition to creating several of the world’s most award-winning games, Valve is also a developer of leading-edge technologies including the Source® game engine and Steam®, the premier online gaming platform.